This exhibit was developed to indicate the natural long term cycles of average Earth temperature. Three sine wave frequencies are summed and the result drawn by light on a fluorescent drum. The drum self erases within one turn. Visitors can control the amplitude of each sine wave. This same mechanism could be used to illustrate timbre differences between musical instruments and other similar phenomena. 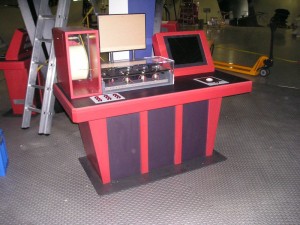 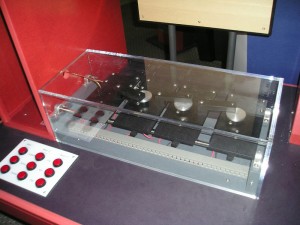